Reports in your inbox consist of different components to give you a holistic view of the vulnerability.

The hacker that submitted the report is shown in the sidebar metadata. On hover, you can see the hacking statistics by reputation, signal, and impact. 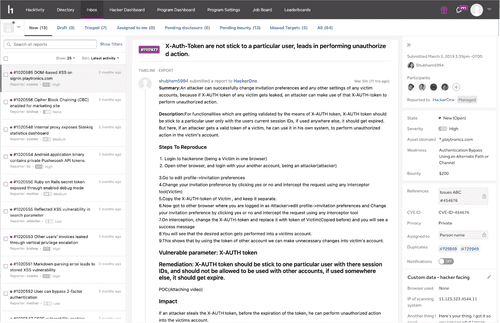 You’ll be able to view these metadata fields in the right sidebar:

Either your security team or the hacker(s) involved with the report can choose to provide an optional summary of the report. Including a summary helps future viewers of the report to understand the context without having to scroll through the entire report. Click ADD SUMMARY to add a summary to the report.

The report timeline shows all of the activity that occurs in the report between you and the hackers involved. It will show when:

The report timeline will also show who is in charge of the next pending action within the report.

Internal comments and actions made within your program security team will be surrounded with a red box and a lock icon to denote that the comment will only be seen by internal members and not by hackers.

If you have hackbot enabled, you’ll also be able to view your suggestions from hackbot, which will also be internal. 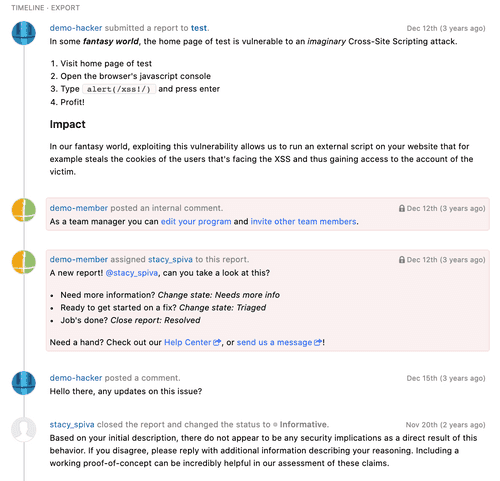