After a report has been triaged, customers can elect to have pentesters retest their vulnerabilities to verify the fixes through the action picker. 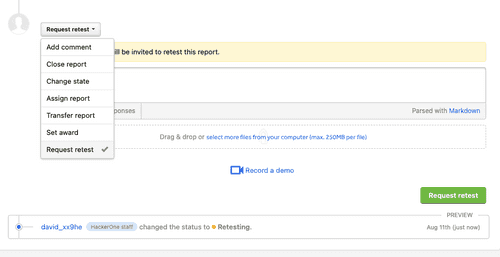 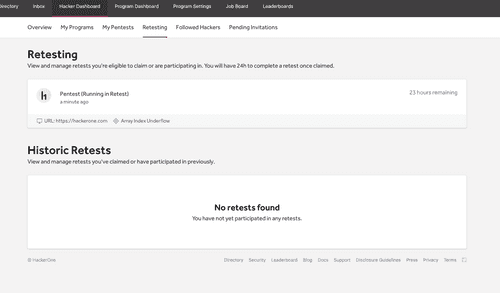 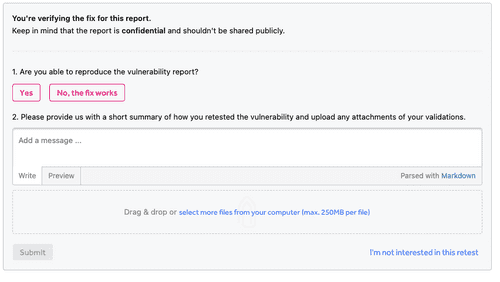 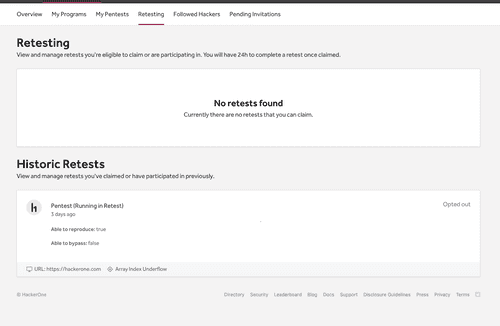 After you submit your findings, the customer will be prompted to either Approve & Resolve or Reject the retest.

All users can see a summary of the retest time window and reports to be retested in the Pentest Phases section. 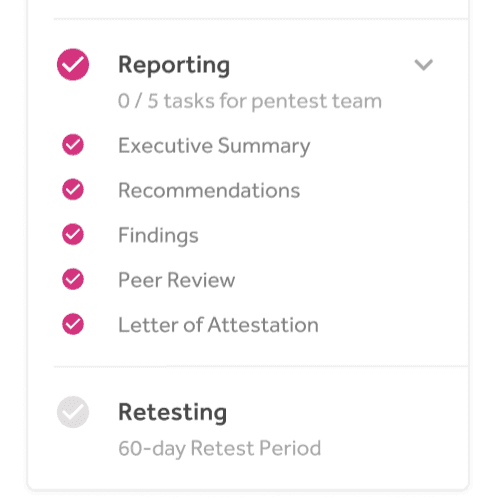 When the Retest Period Ends

The Submit Report buttons are removed in HackerDashboard > My Pentests and the Pentest Overview when the retesting period ends.